The Origins of Hospitality 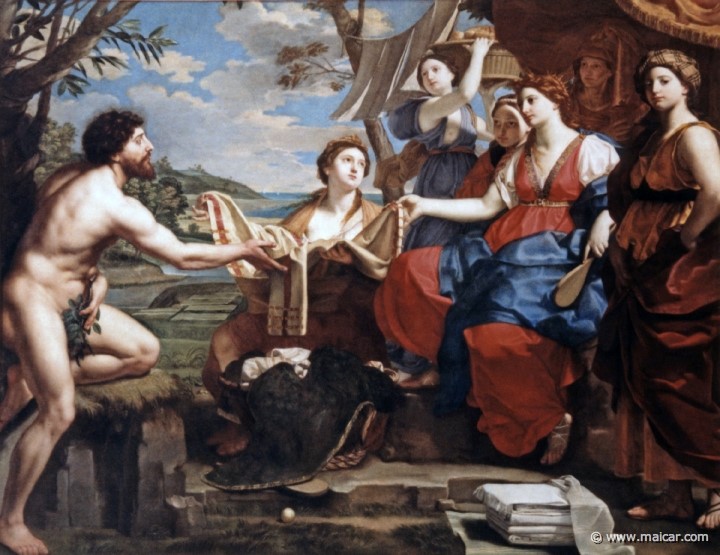 An important value in the ancient Greek world was xenia – hospitality.  There were highly respected social codes to be followed when guests arrived, whether their arrival was planned or not.  Homer depicts several such scenes in the Odyssey.  For example, when Odysseus washes up on the shore as Nausicaa, a Phaeacian, is washing clothes, she brings him back to her village where he is bathed, clothed, and fed.  In fact, many of Homer’s scenes of xenia involve the guest being bathed and fed before the hosts even ask who they are or where they are headed.

Although Odysseus’s journey around the Mediterranean was the first to become famous, journeys like it took place across the European continent from then on.  Whether their journeys were about trade, adventure, or finding new lands, people were moving.  Later, in Roman times, as the territory expanded, land travel began to increase and travelers needed a place to stay.  Out of this need the road side inn was born.  These were no-frills places where travelers could find a place to sleep and something to eat, where food was typically served at large common tables to all guests, who did not have a menu from which to choose. 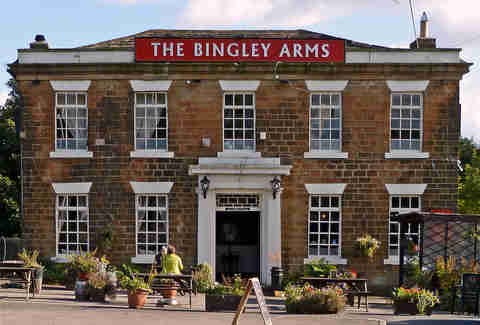 The Bingley Arms, the oldest pub in Britain, was established in North Leeds in 953 AD.

Inns in different parts of Europe served different foods, depending on what was locally available.  In certain parts of the medieval Islamic world, inns imported European foods and wines to make their visitors feel more at home.  Over time, these inns expanded and began to offer a larger variety of things, especially after Columbus’ trip to the New World brought a variety of new produce to Europe.  Eventually even people who weren’t travelling began stopping at inns for treats like beer and wine or even coffee, though full meals were still eaten at home.  Things persisted like this up until the French Revolution, when royal chefs lost their jobs and needed to come up with a creative new way to do their jobs.  Check our next post to find out more!