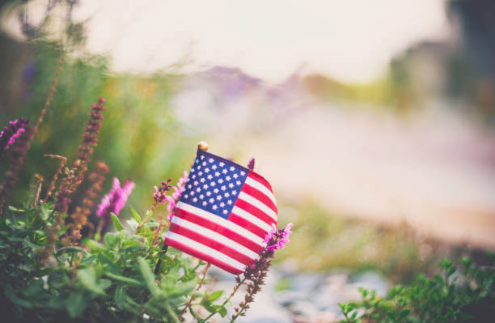 Memorial Day, known originally as Decoration Day, began as a way to honor the American lives lost during the Civil War.  Each town would pick a spring day to honor the veterans from the area, visit cemeteries, and join in remembrance.  Many stores would close, and as a result it also served as a way for the community to come together.  Although the date of Decoration Day changed town by town, it was always in the month of May.

During WWI the holiday expanded to honor the lives lost in all American wars, not just the Civil War.  Additionally, May 30th came to be the agreed upon date of the holiday.

Over the years, many people became upset that the holiday was increasingly seen more as a day of fun than a day of mourning.  In fact, in 1887, President Grover Cleveland received quite a bit of bad press after he spent the 30th of May fishing.[1]

In the early 1970s, the U.S. government solidified the date of Memorial Day as the last Monday in May, rather than May 30th.  The result was an annual three-day weekend.  Since then, the holiday weekend has unofficially been considered the start of the summer season, with many families flocking to nearby beach towns.

Today, many Americans find ways to combine the original sense of the holiday with celebration. Many communities hold parades and other remembrance ceremonies in the morning.  Families of veterans may visit national cemeteries or attend memorial services.  However people honor the day, they tend to do it early, leaving the remainder of the day for barbecues, parties, and outdoor activities.