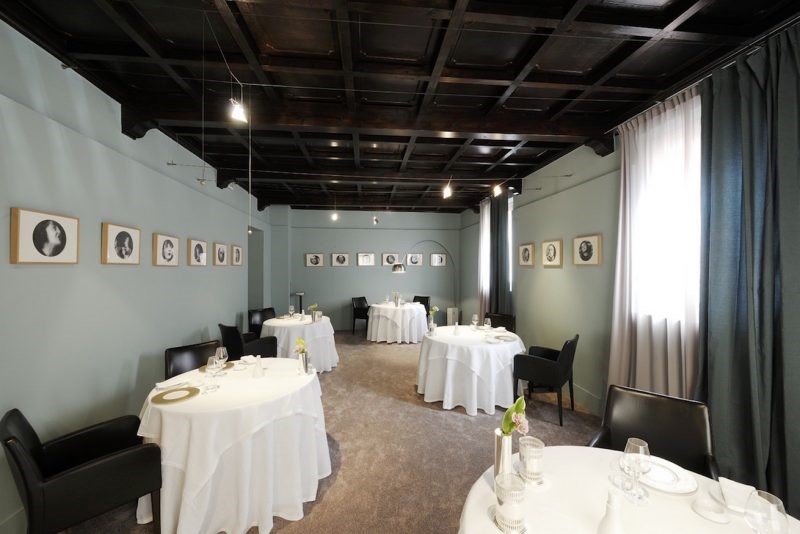 One of the first things that comes to mind when we think of Italy is food.  But did you know that in Italy you can’t always find your favorite dishes in just any restaurants?  The Italians have more than just the ristorante, and each different kind of establishment serves different kinds of dishes in a variety of atmospheres.  Let’s take a look:

Ristorante – The Italian ristorante is the most high-end option available.  It is a formal sit-down place, much like what we associate the word restaurant here with in the U.S.  The menus are typically extensive, offering appetizers (antipasti) first courses (primi piatti), second courses (secondi), sides (contorni) and desserts (dolci).  Go here if you’re looking for something elegant, refined, and are willing to pay the price.

The interior of Osteria Francescana in Modena. The restaurant is the brainchild of world-renown chef Massimo Bottura, and is consistently ranked one of the best restaurants in the world.

Trattoria – In Italy, trattorias are similar to ristoranti in that they are sit-down establishments with table service and a menu from which to choose.  The difference is that they are much more casual, in both décor and food options.  Trattorias typically specialize in local, rustic cooking, similar to what you might eat at home.

Osteria – Osterias traditionally were places that focused on serving simple, midday meals to workers on their lunch breaks.  There are still osterias in Italy today, but they are harder to find than they used to be.  Often featuring communal tables, osterias are places to take a break from a long day over a simple but satisfying meal and a glass of wine.  Like trattorias, osterias specialize in local, home cooking.

Enoteca – The enoteca is the Italian wine bar.  They do offer snacks, though both the menus and the portions tend to be small.  The focus is on the wine.  Enotecas range in price, depending on the kinds of wine served and the clientele.  Many enotecas give special attention to local wines and cheeses.

Pizzeria – The pizzeria in Italy, just like in the U.S., is a crowd favorite.  Typically pizzerias in Italy are sit-down places, though most offer take-out services as well. The menus are dominated by pizza, and sometimes offer a smaller number of pasta dishes and second courses as well. All the pizzas at these restaurants are personal, and most Italians actually eat them with a fork and knife! 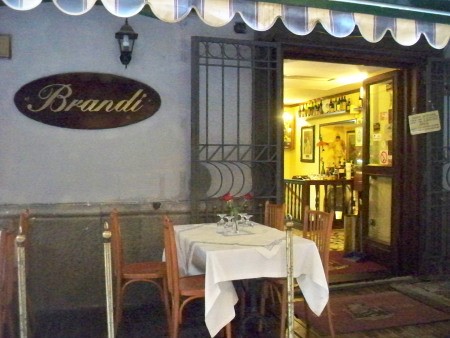 The exterior of Brandi pizzeria in Naples, which opened in the late 1700s and is credited with the invention of the world-famous pizza margherita.