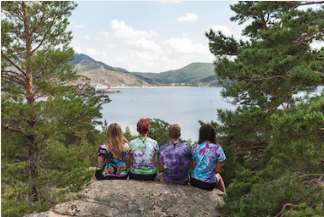 Nowadays summer camp may seem as American as baseball or apple pie, but the trend really only began around the start of the 1900s.  As more and more places industrialized, parents and educators thought it was important for kids to experience the way life was before – that is, outside.

The original camps, for boys only, were about wilderness skills: building fires, setting up tents, navigation, and the like.  Eventually, as compulsory education laws were enforced more thoroughly, summer camps expanded in scope and began to include more recreational activities to balance the seriousness of the school year.

Camps eventually opened for girls as well.  Originally the campus focused on preparing girls to become homemakers, but after time expanded to allowing attendees to explore interests like music and art.

Many religious and cultural groups formed their own camps, and organized camp activities around their ideals.  Other camps were organized around certain extracurricular interests such as theater, languages and music.

Whatever the kind of camp, all of them eventually came to be seen as status symbols: being able to send your kids to camp meant that you’d made it.